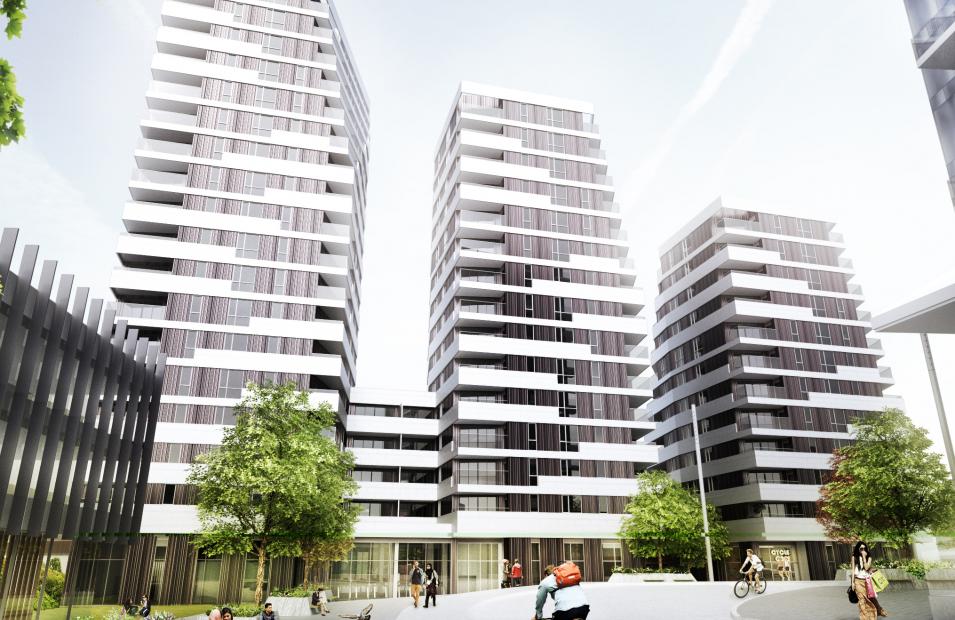 We are delighted to announce planning approval for an exciting new regeneration scheme in thriving Lea Bridge in East London, set to create 300 new homes.

Lea Bridge is best known for its new station, first opened in 1840 but closed almost 150 years later in 1985. The Victorian station has now been restored and extended, and was fully re-opened to the public earlier this year. The station will see 352,000 passengers pass through its doors each year, and will act as a catalyst for regeneration.

Our new development at Lea Bridge Road will be the first large scale new residential development in the area since the re-opening of the station. Situated between the major destination centres of Stratford, Walthamstow and Lea Valley, the development is adjacent to the station, where trains to Stratford and Tottenham Hale take approximately five minutes.

Designed by Pollard Thomas Edwards Architects, the scheme at Lea Bridge Road will comprise of three residential towers set around a beautiful landscaped central courtyard. The site will also benefit from an array of shops, office space, a gym, as well as new cycle routes, which are due to be created though Transport for London’s ‘Mini Holland’ scheme – ideal for those looking for a home near a whole host of amenities.

We are due to start on site in the autumn of this year, with sales set to launch in 2018 – so keep your eyes peeled on our website for more information.