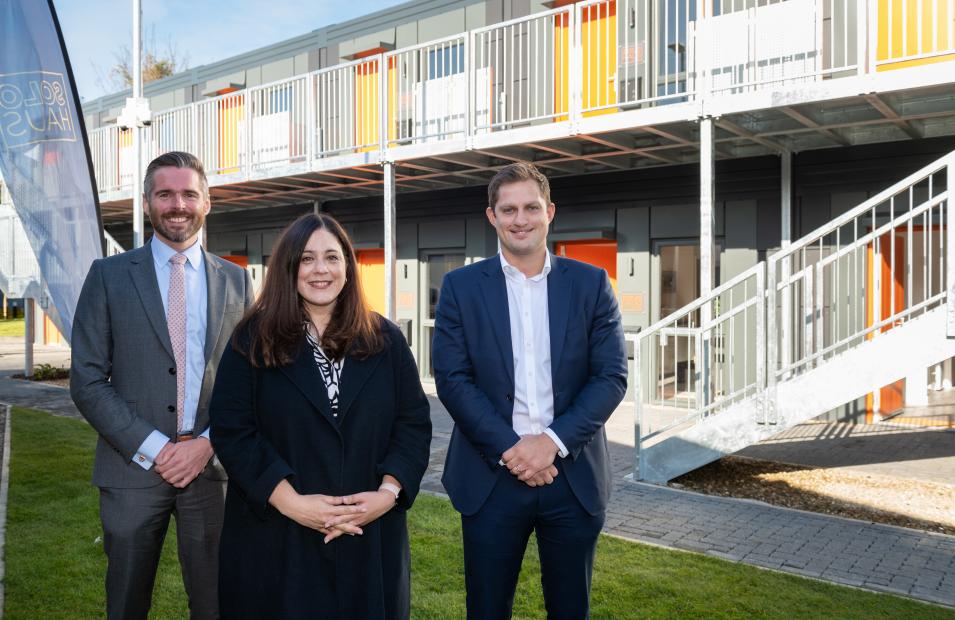 The Hill Group and Haringey Council have delivered the first specially designed modular homes in London to tackle homelessness and help those in pressing need of a safe and secure roof over their heads.

Haringey Council and the Hill Grouo have become the first council in London to provide specially designed modular homes in London to tackle homelessness and help those in pressing need of a safe and secure roof over their heads.

The scheme in Tottenham is a partnership between Haringey Council and Hill Group, with half of the homes donated by Hill and significant further funding provided by the GLA and central government. It has also had support from Citizens UK, a nationwide charity dedicated to taking action for social justice.

It is the first project in London to benefit from Foundation 200, a £15million initiative by Hill to donate 200 modular homes on small plots of unused land within the next five years to organisations supporting people experiencing homelessness.

Situated on a former storage yard, the development delivers accommodation for 33 people, helping rebuild their lives after a period of rough sleeping.

We are delighted to be working with Haringey Council to provide the first specially built modular follow-on homes in London. As an important part of our Foundation 200 initiative to gift modular homes, I am confident that this new development will make a tangible difference to people experiencing homelessness in Haringey. I hope this project will give many residents the opportunity to rebuild their lives in a safe, secure and comfortable environment. To maximise the benefits of this initiative, we will be seeking to employ tenants in our developments within Haringey and adjacent boroughs.

I’m proud to be part of this joint initiative to help people move on securely from a life of sleeping rough.

We know we can’t tackle this problem alone, which is why I’m so delighted our collaboration with Hill is helping us deliver good quality, transitional housing that ensures people in need can get their lives back on track.

Tackling homelessness remains one of our top priorities and during the pandemic we offered emergency accommodation to over 1000 people sleeping rough. We are determined to continue our efforts and support people off the streets in our borough.

SoloHaus are specially designed, furnished and fully equipped for a single person to move straight into. Each modular home provides independent space and a safe and homely environment for residents to make the transition to more permanent accommodation. The homes have energy costs of £5 a week and are designed to Future Homes Standards, exceeding building regulations for energy efficiency and sound insulation, and with a design life of 60 years.

A team of Haringey Council staff will provide specialist support to enable residents to adjust and settle into their new homes, as well as to tackle the issues that led them to becoming homeless. There will be a presence on-site 24/7 and we are working across the public and community sector to deliver wider improvements to the local area.