Celebrations mark the start of work at The Landings! 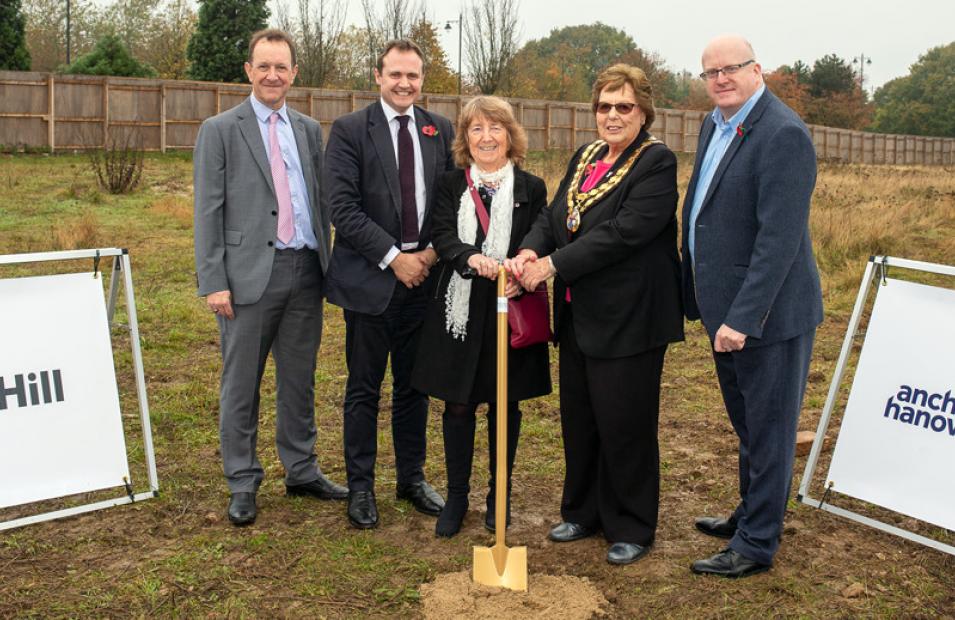 Recently, we were delighted to join Anchor Hanover, the UK’s largest not-for-profit provider of housing and care for over-55s for a ground breaking event to celebrate the start of construction at The Landings in Kings Hill, Kent.

The celebration also hosted a special guest of honour. Mrs Budd, a local resident who with her late husband had been campaigning for years to get retirement housing provided at Kings Hill, attended the ceremony with her family and friends. With a golden shovel, Mrs Budd and Mayor Anderson dug the first hole, paving the way for us to take the project forward.

The Landings will offer assisted living for over-55s, with 75 one and two bedroom apartments among landscaped grounds. There will be amenities including a salon, residents lounge, bistro, treatment room in addition to an on-site care team. The development forms a key part of the wider 650-acre mixed-use Kings Hill masterplan, being led by Liberty Property Trust UK.

During World War 1, Kings Hill was used as an emergency landing ground and later in 1942 was home to RAF West Malling. In the early 1960’s, the site was used as Britain’s premier night fighter station and later became home to squadrons of the US Navy.